Having strong spatial skills — the ability to understand and mentally manipulate shapes and figures — has been identified by researchers ascharacteristic of those who find success in STEM fields and creative pursuits. Developing those skills can start early through activities and the language that caregivers use with children. Parents […]

While boosting kids’ math and verbal skills may draw more attention from parents and educators, spatial reasoning skills play an important  — sometimes overlooked — role in academic and career success.  And preschool, it turns out, is a key time to foster children’s spatial cognition. Spatial skills encompass […]

The students in Molly James’s kindergarten classroom were tasked with creating a mathematical art gallery. They had each drawn a number and then searched for two types objects they could use to compose a visual number sentence — such as two rulers plus three scissors to equal five […]

How to Provide Kids With Screen Time That Supports Learning

The digital landscape of American childhood is in flux, according to surveys: Most children under the age of 8 now have access to mobile devices in their homes. In the last five years, children have spent less time watching television, but more time tapping on tablets and smartphones. […] 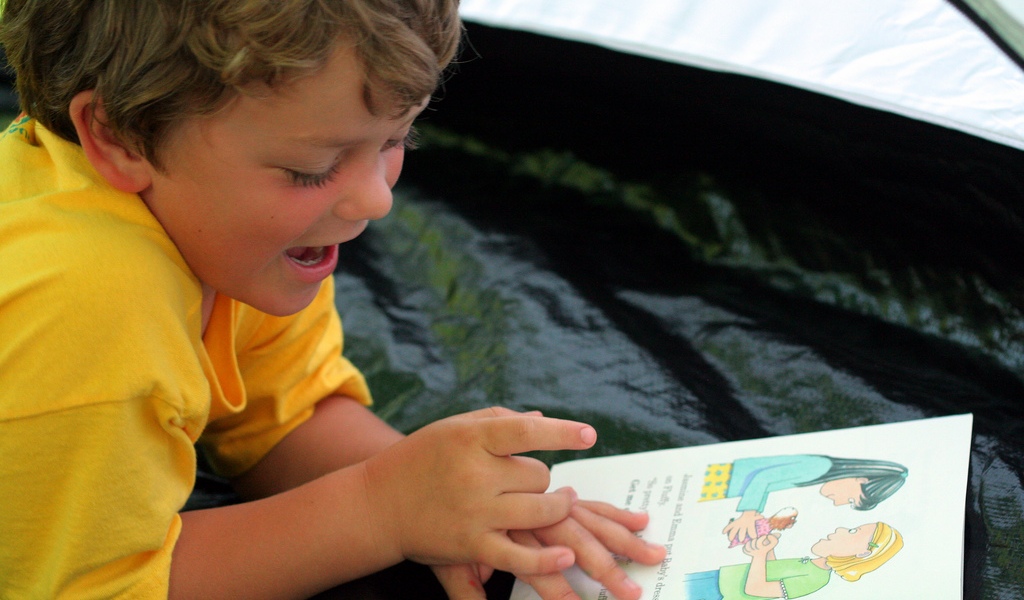 Help Your Preschooler Get Ready to Read

Watching a child learn to read can feel miraculous. And for good reason: reading is an incredibly complex process that requires children to recognize shapes (letters), match these shapes with their corresponding sounds, combine these sounds into words, and then mentally pair these word with their definitions. Emerging […]